On October 21, 2021, a few days after we launched Silo communities, we asked early community members to spread the word and tell their own communities and friends about our project.

Giveaway 1
In November we announced our first giveaway of 500K $SILO tokens to be distributed to early community members of which there were 1900 participants. The full list of names has been finalized and will be published in January 2022, with the airdrop to take place once the Silo team has enough bandwidth to execute the transaction.

Giveaway 2
After announcing our Token Auction in late November, we also announced a second community giveaway of 1.5M $SILO tokens to 10K participants who would be picked randomly. The rules required participants to retweet the auction announcement, tag their friends and join our communities to incentivize the community to spread the word about the $SILO token auction.

After announcing the giveaway, we received over 64K entries mainly from airdrop hunters, fake accounts, bots, etc. Unfortunately, this has created a scenario where it would not be early promoters of Silo that would be rewarded, but rather individuals and groups that have taken advantage of the giveaway.

What to do with the unallocated $SILO Tokens?
Today we have 1.5M $SILO tokens that are not allocated to any stream. To allocate those tokens, we would like to engage with the community to determine the best use of these funds. This will involve:

If the Snapshot vote does not reach a quorum, tokens will be sent back to the treasury where they can be used for future governance proposals.

To frame the conversation, below are some possible ways to use the tokens. This is not an exhaustive list and the community is always welcome to discuss what they believe is the best use for these tokens.

Note that tokens can be allocated to multiple streams:

Governance forum: You can reply to this post with your ideas. We will gather incoming ideas to create up to 3 formal proposals to vote on in the coming 30 days.

Discord: The “unallocated-tokens” is a discord channel under governance where you can engage with community members about the proposal. 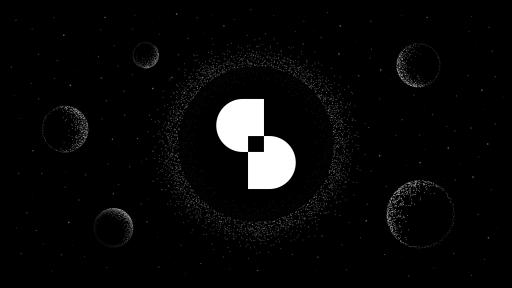 Final note
2M $SILO tokens are locked in the Silo Deployer. Tokens appear in Coingecko/CMC under the circulating supply.

Thanks to chutoro for helping with the proposal

I think getting community feedback on how to allocate the tokens is a great way to get increase community engagement.

My general thoughts would be to use the 1.5m Silo to reward active community members on an ongoing basis and I have shared some ideas below

Look forward to reading some other suggestions

I will choose the “Reward Auction Participants” and “Marketing” options.

I would agree with the idea from NewOrder to reward active participation in community.

Even the potential rewards are effective in promoting community growth and keeping the community active. Rather than releasing the rewards at one time, I think we may distribute part of that on demand during a long period to reward productive community members, holding events, etc.

Retroactive rewards for auction seems a nice idea, however I suggest only rewarding those who didn’t sell until now (or at least didn’t make profit) - because not all of them are strong believers, there are also quick speculators and paper hands.

Whilst I believe in rewarding active users who participate(d) in the protocol I think there are better ways to allocate these tokens.

Rewarding early backers : Whilst people did incur gas fees when participating in the auction this is not exclusive to Gnosis, and is expected when purchasing/bidding for tokens. In my opinion there are better ways to use the $SILO than refunding gas costs.

Marketing : Could be a good use of funds if the marketing strategy is effective and presented to the community before being implemented. Too many times I have seen projects use funds for “marketing” with no accountability or opportunity for feedback, and in the end it turns out to be a waste. Something to be aware of.

Silo Liquidity : I think this would be a better use of funds than the previous ideas.

However I think there is a superior alternative.

One being a combined beta participant & bug bounty reward program. This would drive users to test and engage with the platform whilst simultaneously rewarding those who actively find and report bugs which could affect the user experience/platform. Not only would this improve the Silo platform but it would also improve growth and further distribute $SILO to people who are more active users and more likely to participate in governance to further direct and improve Silo.

In short - I think a combined beta participant and bug bounty program would be most beneficial. It will expand the user base, improve the platform via bug reporting, and distribute tokens to active participants whom are more likely to engage in governance to further improve Silo.

I was an early follower and applied for whitelist and airdrops, completed everything as best I could but was removed from your groups for unknown reasons so I find the system flawed. I have however bought a small position as the project is promising. as I am banned from your forums for no reason my opinion is sharing tokens with auction participants is a fair distribution considering the gas fees. Silo is a promising project but your moderation and decision making is broken and flawed, I am an owner of the token but blocked from engaging with the community which I find unacceptable especially as I have not tried to do anything that could be considered wrong, and was never given any reason for being blocked.

If we wanted to increase liquidity in the pools, I would suggest using Olympus Pro.

Thanks for the reply badgerpawz.

My concern with Olympus Pro is the minimum emission requirements. Liquidity incentives only further dilute existing holders who do not want to provide liquidity and leads to the problem of mercenary liquidity.

I like the way Tokemak operates and think that it would be more suitable than Olympus Pro.

It may not necessarily have an impact on the price of $SILO, there is the possibility to perform OTC trades, with or without lockup periods, to secure the required ETH. Plus, even if they were to market sell $SILO, this additional liquidity would allow for users who wish to take a larger position in the token to do so. It would also avoid the need for Pool2 incentives.

Overall, in my opinion, the benefits would outweigh the negatives.

It also depends on how quickly a larger liquidity solution could be implemented. If the ongoing talks about G-UNI, Tokemak, Olympus pro, et al are finalised and voted on within a reasonable period of time it may be possible to merge these 1.5m tokens into one of those proposals, adding a larger amount of liquidity to whatever platform is chosen, avoiding any potential OTC / sale of tokens.

Hi Badger, thank you for the input. If you look back at previous governance proposals there is one regarding utilizing Olympus pro as a liquidity solution. We ultimately decided due to the required inflation to use Olympus it wouldn’t be the best path forward and that LP’s will organically come to SILO as trading activity picks up. Feel free to take a look at the liquidity providing solutions gov proposals and let me know your thoughts. Happy to discuss further!

I’m not opposed to this idea either, Auction participants are likely to be hodlers and see the long term value but I say that as someone who participated in the auction so my thoughts can only be taken with a grain of salt in this respect.

I think we should spend a little bit to reward early adopters of our project at launch, because at launch they are early supporters and trust us.

I think this part could be allocate to treasury first. treasury fund is used for future incentive programs

Yeah,sometimes certain mod would abuse his power. Ths is smth to be improved by community structure,but it’s hard to solve when silo is just at its early stage.

I will choose the “Reward Auction Participants” and “Marketing” options.

Yeah. I also think so because like you said in the beginning, to make the project known to more people, they also worked quite hard to create attraction from the community for the project.

Hello,
I’ll choose the “Reward Auction Participants” and “Marketing” options. Allocate %50 of the tokens to those who participated in the auction and allocate other %50 for marketing. I think.

Echoing my thoughts from the discord discussion channel -

Refunding gas costs to people who participated in the auction wouldn’t provide any benefit to the protocol whatsoever.

Your reward for participating in the auction was receiving $SILO at what effectively amounts to a floor price. Gas costs are part and parcel of interacting with the network and are not unique to Silo/Gnosis.

Early participation incentives should be directly linked to platform testing and usage, not refunding the minor gas costs to those who are already up multiples since the auction closed.

I am strongly against auction gas refunds for this reason, amongst others.

It is important to consider that providing value to the protocol is preferable to providing value to people’s wallets, as harsh as it may sound. A side effect of doing so is more future revenue for Silo and positive price appreciation for the token itself, which should be enough of a reward for those involved with Silo.